Notten’s Private Safari Lodge is one of the finest family run lodges in Africa,and the best kept secret in the Sabi Sand Game Reserve.

Notten’s Private Safari Lodge is one of the original game lodges,it has a magical bush atmosphere and offers a truly authentic African safari experience.

The extremely high return clientele rate to Notten’s Private Safari Lodge is due to its impeccable standard of service and warm hospitality. 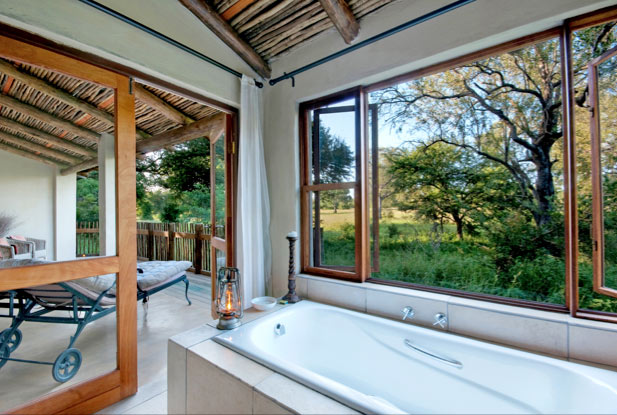 All windows and sliding doors are fitted with screens and insect coils are provided.

Each suite at Notten’s Bush Camp leads onto a private wooden deck with a beautiful view of the bush.

Paraffin lamps and candles replace electric lighting for ambiance and all the rooms are cooled with an overhead ceiling fan.

Facilities are available for the re-charging of video machines and camera batteries in the safari lodge’s reception area.A main line telephone facility is also available. 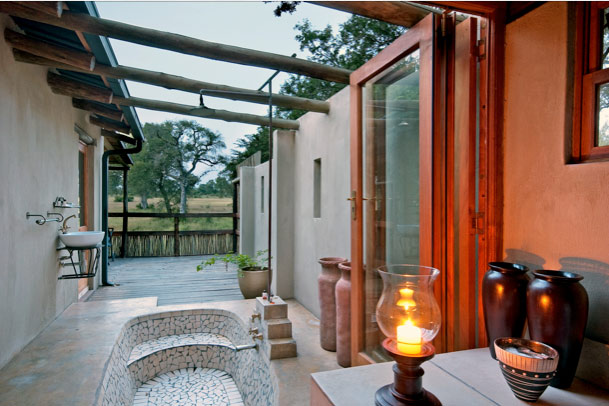 There is nothing as invigorating as watching Africa’s wildlife in their natural habitat. The place where nature dictates the rules and humans are mere observers. Enjoy an unforgettable African lion safari in the wide expanse of the greater Kruger National Park ecosystem.

Driving or being guided on foot by our experienced rangers will bring you as close as you will ever get to true nature, the African way. With daily guided tours from early morning to late night drives join us for an African safari beyond your wildest expectations

Early morning and evening game drive safaris in an open-top Land Rover with an experienced game ranger, where one can enjoy sightings of the Big 5 and other wildlife in the region.

Unique walking safaris with an armed game ranger knowledgeable in all aspects of conservation, ecology and the environment of the bush.

Cool off next to the sparkling pool, drinking cocktails and refreshments from the fully stocked bar, or relax in the shade of the Marula trees on the wooden deck overlooking the waterhole and watch the animals wander past.

Enjoy delicious meals and the fine company of both local and international guests. 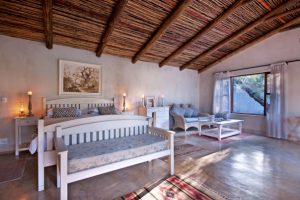 Cultural tours can be arranged into the local Shangaan community to get an insight into their unique culture.

Golf trips can be arranged to the Skukuza Golf Course, which is 45 minutes away from Notten’s. This gives golfers a unique opportunity of playing a round of golf within the Kruger National Park.

“One of the finest game reserves in Africa”

The Sabi Sands game reserve is a privately owned region situated within the Greater Kruger National Park ecosystem, one of South Africa’s most treasured natural sanctuaries. Notten&rsquo;s forms part of the southern section of the Sabi Sand Game Reserve. Its neighbours are Mala Mala on its eastern boundary and Sabi Sabi on its western boundary.

The Sabi Sand Game Reserve was formed in 1950 and comprises of many privately owned game lodges covering an area of 56,000 Ha of savannah thornveld. It is now part of the Greater Kruger National Park and there are no fences between them, so the game moves freely through this enormous natural reserve.

Big 5 game – elephant, rhino, buffalo, lion and leopard – all roam the reserve. One therefore has an excellent chance of a close encounter with these animals.&nbsp; Notten’s prides itself in having highly qualified guides and Shangaan trackers who ensure that their guests experience an informative and enlightened exposure to the area

All game drives are undertaken in an open 4-wheel drive Land Rover with an experienced game ranger and Shangaan tracker. The tracker is innately and instinctively attuned to the environment of the African bush. He uses his acute sense of sight and smell to navigate easily and swiftly through the bush to locate game.

Night drives begin in time to experience the spectacular lowveld sunsets. On these drives one sees the nocturnal bush creatures as well as other game under spotlight. The tracker is able to spot the eyes of the animals in the pitch dark of night fall.

The birthplace of sustainable wildlife tourism in Southern Africa.

Owned and operated by 3rd and 4th generation families.Focus and Foresight is on Conservation.It is the oldest of all the private reserves in South Africa.

Part of the largest conservation area in Southern Africa.Part of the Greater Limpopo Transfrontier Park

It has only ever been a wilderness area.It is home to a number of endangered species, which include:

Wild Dog: The most endangered species in Southern Africa. The Kruger National Park contains the only viable South African population of Wild Dogs.

Bats: They are the only flying mammals that are blind; 10 of the species are on the endangered list. They play an important role through eating harmful insects and pollinating plants.

Honey Badgets: Badgers can be useful in reducing the populations of rats, scorpions and dangerous snakes.

Oxpeckers: With scissor-like movements the Red-billed Oxpecker combs their host’s hair in search of ticks.

The lodges are involved in environmental management programs and studies

Monitoring of wildlife and habitat densities

Including activities which help them to generate income; provision of health care and provision of drinking water.