Explore a world of vast open spaces and distant horizons. Discover the Africa you have dreamed of. Situated within 70 000 acres of indigenous wilderness, Karoo Lodge revives the traditional luxury of a colonial family-owned homestead.

Encounter the magnificent wildlife of the Karoo with its abundant game species and endangered birds.

Free of the restrictions of the Big 5 reserves, here your professional guide will introduce you to the highly endangered Cheetah, enabling you to participate in an exclusive interaction with these graceful predators. An unforgettable experience that will leave you yearning to return. 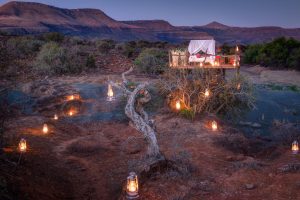 ON SAFARI AT SAMARA

Unparalleled and humbling experiences await you at Samara. With four of the country’s seven biomes, Samara’s abundant wilderness preserves a complex and diverse ecosystem, providing habitat for over 60 mammal species.

Among more common species, such as the Kudu and Duiker, the secretive Aardvark and the once-endangered White Rhino roam.

Giraffes can be seen peeking over the thorny Acacia canopy, while Cheetah crouch, hidden in the grass, waiting for an opportunity to stretch their legs and test the speed of the Hartebeest.

Whether ensconced in the comfort of an open game viewer, or trekking through the fragrant Karoo bush, you will feel the deep pulse of the Karoo that makes Samara truly magical.

Discover the secrets of Samara as you explore the untouched Plains of Camdeboo that once staged the massive migrations of millions of Springbok.

Fossils that predate the dinosaurs and well-preserved Bushman paintings offer a fascinating insight into some of the historical intricacies of our Earth’s past.

Discover the magic of Samara, where thousands of animals roam freely. Seeking to rehabilitate the once lost magnificence of the Eastern Cape¹s Great Karoo, the Samara dream is now a lifelong commitment.

The once absent Cape Mountain Zebra now roam the plateau pastures once again, while the rare Blue Crane soar in the vast skies overhead.

Samara¹s campaign of rejuvenation seeks to rediscover the haunting beauty of this incredible landscape that generations of agricultural exploitation threatened to mask forever.

Since 1997 Samara¹s main objective has been to realise the land¹s potential both as an area of outstanding natural diversity and as a home to reintroduced species. Now the land breathes more freely as its ancient rhythms beat once again.

FROM TORTURED TO TREASURED:

Privileged to be home to the highly endangered Cheetah, Samara also hosts a remarkable individual. Born a wild cheetah, Sibella¹s life nearly ended at the hands of hunters.

After being savagely treated in captivity, she was fortunate enough to be rescued and underwent life-saving surgery and rehabilitation at the De Wildt Cheetah and Wildlife Trust.

In December 2003, Sibella started a new chapter in her life when she, along with two males, was released into Samara.

Despite suffering the occasional twinge from her previous injuries, Sibella has proved herself to be a capable hunter and has successfully reared 11 cubs in the three years she has been at Samara.

As such, she epitomizes the spirit of Samara as she plays a vital role in the rejuvenation of a once endangered existence. 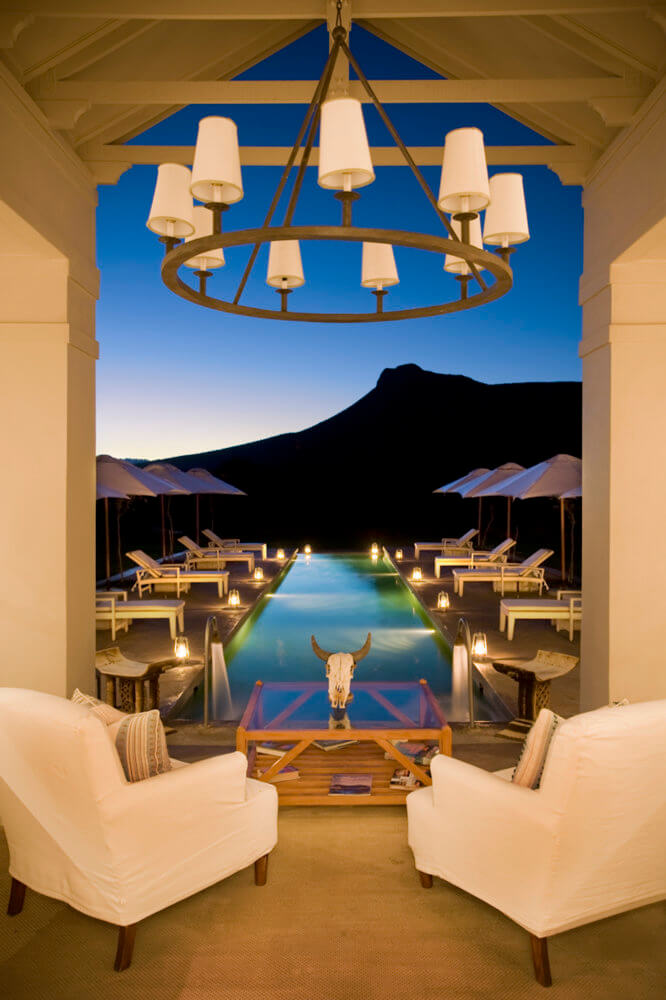 PUTTING YOUR FEET UP

Karoo Lodge languishes in the perfect serenity of the reserve’s pristine wilderness.

Combining colonial comforts with the rugged essence of Mother Nature, the lodge indulges you with exceptional service, meaning you can kick back and allow the tranquility of the Karoo envelop your soul.

If you choose, you can leave the game for another day and indulge yourself in the luxury of your Suite and let our experienced therapist ease you into a new dimension with her aromatic oils and local charm.

Savour the mouth-watering succulence of our sumptuous Karoo cuisine.

Head chef, Quintinn van Rensburg, will guide you through a cornucopia of flavours redolent of the wild surrounds and complimented by Iris Adams handpicked garden produce.

The rich bush scents of Wild Rosemary and Fynbos are combined with traditional Karoo Lamb and Springbok Loin to create a gastronomic delight that never fails to seduce.