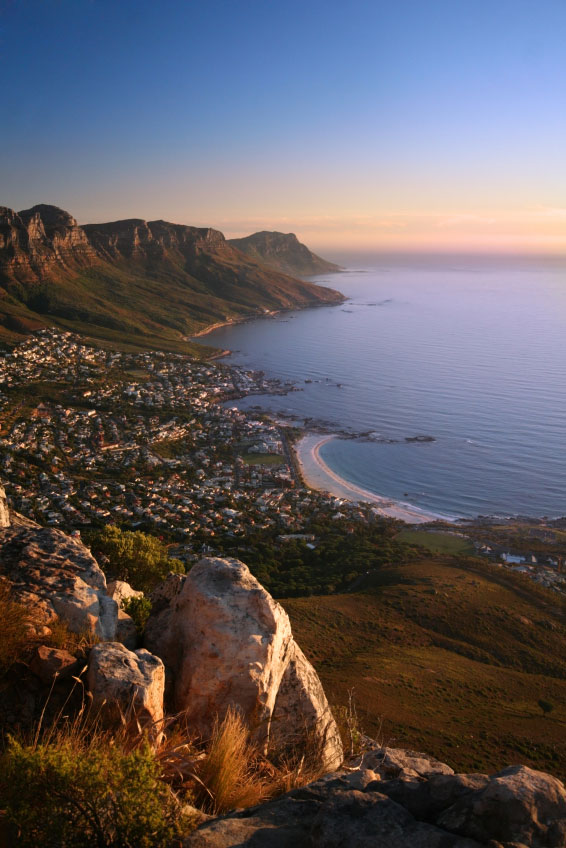 If you wanting an active activity choose on our Cape Town active adventure page.

We can be contacted through our Tour and Safari Contact form

Table Mountain stand alone or combined with a city of Cape Town tour.Privately guided.We also can create a hiking up Table Mountain catching the cable car down with or without a mountain guide.

City of Cape Town tour with time allocated for Kirstenbosch gardens,which has been awarded the top botanical garden in the world.

Based in Cape Town harbor they offer sunset,dinner and other activities as they cruise the coast line around Cape Town

The lesser traveled laid back West Coast is reachable via a full day tour.A restaurant in one of the sleepy fishing village recently was awarded a top restaurant ranking.If you are a birder this area has some bird hides dotted along the coast line.

Whale watching by plane takes from Hermanus which is known as one of the best land based whale watching areas in the world.Seasonal from about July to October/November.

The Wild flower season runs from mid August to mid September.Its a unique botanical experience as many areas of the West Coast becomes a sea of color.We can do a half or full day flower tour from Cape Town,and or we can design a longer tour.

All of our Cape Town Scenic  Tours are privately guided.There is so much to see in Cape Town, which most tourists dont see.We custom design these day tours to show you more of this amazingly beautiful city.

When you visit Cape Town you can visit one of the wonders of this world Table Mountain.

Table Mountain is proud to be one of the New 7 Wonders of Nature.

Competing against major international attractions, Table Mountain made it to the top seven after a campaign that attracted more than 100-million global votes

Journalists from across the world have hailed Cape Town as one of the world’s friendliest and most beautiful cities, according to a report compiled by the city’s tourism agency.

Cape Town Tourism interacted with 750 international journalists during the 2010 Fifa World Cup, taking them on a number of tours to show them the various faces of the city, the organisation’s chief executive Mariette du Toit-Helmbold, said during the release of the report last week.

‘World in one city’

Freelance journalist Vincent de Vries from the Netherlands said the best of the world could be found in Cape Town.

“I have been everywhere, from Mongolia to Vancouver, from Beijing to Rio de Janeiro, but my visit to Cape Town, during the World Cup Soccer, where I stayed for more than five weeks, ruined my ambition to see the whole world in 10 years,” De Vries said in the report.

“Why? Because I fell in love with the Mother City! Now I don’t have to travel around the world any more, because Cape Town is the world.

“The V&A Waterfront is like Europe, the food is perfect like in Asia, the weather is fantastic like South-America, the people are as friendly as in Australia and the ambitions are as high as in the USA,” De Vries said. “I fell in love with this marvellous city and will return time and time again.”

Duncan Castles, who writes for Britain’s The Observer, said he had travelled and lived in Europe, Asia, Africa and the Americas, but had never been to a city that made such an immediate impression on him.

“The setting is breathtaking, and waking up each morning to Table Mountain’s flitting mood is a joy,”

Castles said in the report. “Then you add in the friendliness of the people, the quality of the food and wine, and Cape Town’s sense of fun, and you have a truly special place.”

Edward Lawrence of CBS TV Network in the US said he had initially had a “huge fear” of visiting South Africa because he had always heard that it was dangerous for American tourists, but that his urge to see the World Cup had made him throw caution to the wind.

“From the time I stepped off the plane in Cape Town, I felt welcomed by the people there – from the cab drivers to the bed-and-breakfast owners,” said Lawrence. “I was able to take advantage of being a tourist in Cape Town, and it was amazing. I saw and experienced so much and will definitely return to Cape Town.”

Zheng Daojin of Xinhua News Agency, Beijing, described Cape Town as “one of the most beautiful places on earth … My impression of the beauty, of the nature and the people of this city will stay with me forever. Thank you for the most fantastic time.”

Andres Kudacki, a photographer and filmmaker from Argentina described the city as “amazing … It is one of the most photogenic cities in the world, and I was surprised and amazed during my stay here. From the Waterfront to Khayelitsha – I loved each part of Cape Town.”