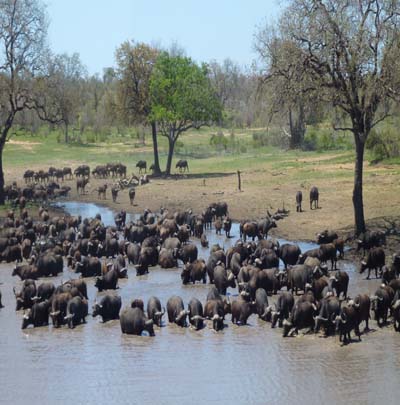 The Kruger National Park is South Africa’s oldest, largest and best-known wildlife conservation area, home to a huge variety of wildlife and most famous for its ‘Big Five’ viewing opportunities.

Visitors have an excellent chance of seeing lion, elephant, leopard, buffalo and rhino among the enormous variety of wildlife, including over 140 species of mammals, 500 species of birds, reptiles and amphibians.

The park had its beginnings in 1898, when President Paul Kruger established a protected area for wildlife after hunters came close to wiping out the rich game of the region.

The Anglo-Boer War (1899-1902) stopped further progress until the development of the Sabie Game Reserve by the British, which later expanded into today’s Kruger Park. 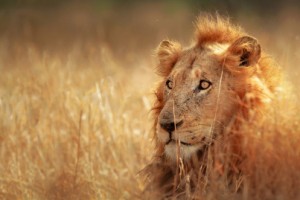 About the Kruger National Safari Park

The park was opened to visitors in 1927, and at present stretches for 236 miles (350km) from the Crocodile River in the south up to the Limpopo River, and is about 40 miles (65km) wide; roughly the size of Israel.

Situated on South Africa’s north eastern border, Kruger is a primary destination for international tourists, and is visited by more than half a million local and international people every year who are attracted by the different safari options as well as the park’s excellent range of visitor facilities and choice of accommodation, from luxurious game lodges to cottages and camping.

The park is criss-crossed by over a thousand miles of roads and offers excellent opportunities for self-drive safaris as well as guided drives. Bush walks with armed and experienced rangers offer a more thrilling safari option where animals like lion and elephant are tracked through the bush on foot.

Visitors may only traverse the park between sunrise and sunset; when darkness descends it is best to be safe in a fenced rest camp.

This vast sanctuary is a must-see for every visitor to the country.

The south is teeming with wildlife and as a result is the most popular area, while the remote northern region is little visited by game or people, but provides some of the best birding opportunities in southern Africa as well as an abundance of historic iron-age and Bushmen (San) sites.

Rivers interrupt the extensive grassy plains towards the centre of the park, and the region provides an excellent setting for predators and birdlife.