This is a full day orientation tour to Cape Town.

At least 2 to 3 hours will be taken up with the cable car visit to the top of Table Mountain,walking around and returning down.

Speak to me if you want to do this hike as it will take some coordination with the rest of the group,earlier am transfers to the mountain.I may walk up as well. 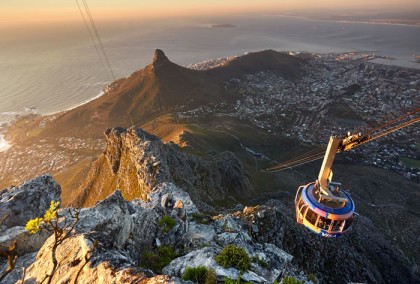 After Table Mountain we may stop at Signal  hill which gives one a clearer overview of the city,coastal area etc.

Other stops may include as listen below,we cant do them all.

Since these are all private tours we can adjust as we go. For eg if the group want to linger at the art/craft market and walk “long Street” with its varied shops we can do that.

We will stop for lunch at a Cape Malay restaurant for some local culinary experience,meal is for your own account.

If there are lots of coffee lovers on the bus we can stop at one of Cape Towns coffee spots..some really nice vibey places and some quite residential spots…so you can experience some local  flavor.

• Greenmarket Square – is a colourful African craft market selling a range of goods. It’s great fun to browse around the market but be aware that pickpockets find this a paradise! 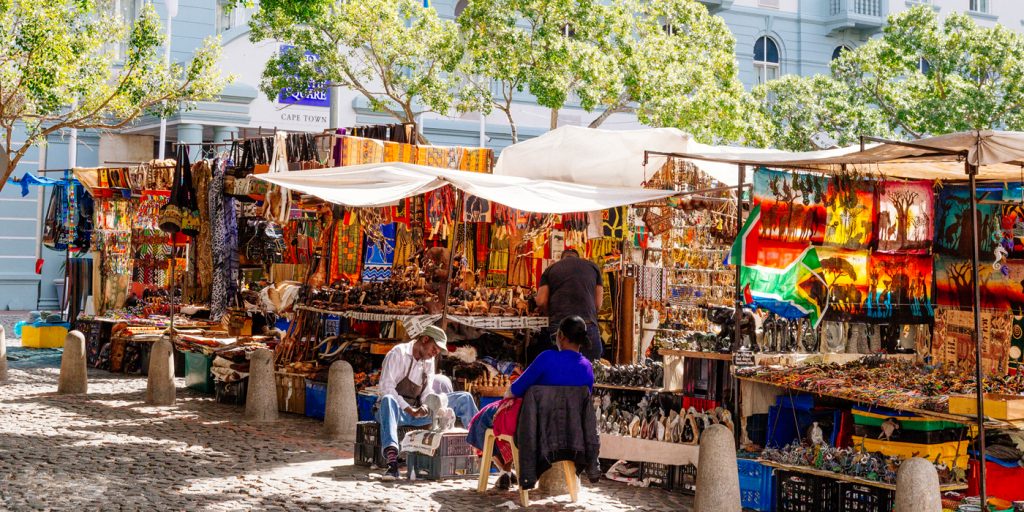 • The Company Gardens – The establishment of a garden was the main reason for the European settlement at the Cape. Now the vegetable garden for scurvy-stricken sailors has become a botanical garden for indigenous trees, a rose garden and a new attractive casual restaurant. When strolling down Government Avenue next to the Gardens you’ll be able to see the Houses of Parliament, Cultural History Museum, South African Museum and South African National Art Gallery.

• The Castle of Good Hope – houses the Military museum and the William Fehr Collection of antiques, artefacts and paintings of early Cape Town. The Castle was built by the Dutch between 1666 and 1679 to replace their original mud-walled fortress. Open Monday to Saturday at 11:00, 12:00 and 14:00 (except on Sundays). The Key Ceremony is at 10:00 and 12:00 (Mon to Fri) followed by the firing of the Signal Cannon.

• Cape Malay Quarter – spend some time walking the narrow cobbled streets of the picturesque Malay Quarter with its colourful flat roofed houses dating from the 17th century. This area was originally settled by former slaves who came to the Cape from Indonesia, India & Malaysia. Located on the slopes of Signal Hill above and to the west of Buitengragt Street (e.g. Wale Street, Rose Street, Dorp Street). The Bo-Kaap museum gives a glimpse into the life of the Cape Malay family in the 19th century at 71 Wale Street. Open Mon to Sat 10:00 to 17:00

• South African Museum and Planetarium – at the top of the Company Gardens. It has an exhibit on the different African people of South Africa, their history and culture, as well as a natural history section. The Planetarium has daily shows for children. (See their website for what’s on). 25 Queen Victoria Street. Open daily 10:00 to 17:00

• The South African National Gallery, also in the Company Gardens, has a display of contemporary South African Art and Craftwork. Open daily 10:00 to 17:00.  www.iziko.org.za/museum

• Koopmans-De Wet house – shows the typical colonial interior of a Cape Town House in the late 18th/ early 19th century, and houses a superb collection of antiques, carpets, paintings and porcelain. 35 Strand Street between Long and Burg Streets. Open Mon to Fri 10:00 to 17:00

• District Six museum – is a small museum depicting the history of the ‘District Six’ area, which was a vibrant multi-cultural area in the ’60s. The people of the area were forcibly removed by the Apartheid government under the Group Areas Act. Open Monday to Saturday from 09:00 to 16:00 (except Mondays – closes at 13:30)